Whether it’s delivering for customers or pursuing a high-tech hobby, our people are committed to precision

At Sirois Tool, we understand that precision is key when it comes to parts. In applications like aerospace, firearms, or medical equipment, there is simply no room for error. That’s why we have an unmatched commitment to precision tooling.

Our people deliver on this commitment because it isn’t just their job. It’s their passion! Our Production Manager, Scott Horton, restores motorcycles as a hobby and our President, Alan Ortner, actually built an airplane. They’ve experienced up-close the importance of exact standards in parts, and they are passionate about delivering the same to our customers.

They are just two examples of the kinds of folks you’ll find at Sirois Tool—professionals who understand the importance of meticulous measurement and quality materials. Exact tooling and gages creates precision parts, and that makes the difference.

One of the keys to our success is the fact that we can deliver high quality, low volume orders with short lead times. At Sirois Tool, nearly all operations are in-house, ensuring quality control as well as convenience for our customers.

We consistently invest in the people and equipment required to deliver precision tooling, gages, parts and assemblies. Our commitment to quality shows in everything we do, and we employ some of the finest, most passionate people in the industry. That is the Sirois Tool difference! Contact us today and find out what kind of difference our people will make for you. 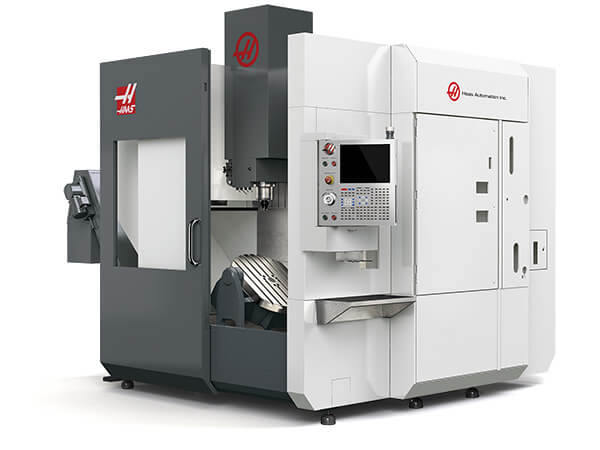 In general, manufacturing in the US has picked up in the last two years. In the case of equipment manufacturing, the growth is even more pronounced. According to a US Market Research Report on Industrial Machinery & Equipment, there will be higher demand for industrial machinery and equipment over the next five years.

To keep up with this demand and stay competitive, there are several areas Machine Manufacturers will need to concentrate on including…

With so much to focus on, many machine and industrial equipment manufacturers are looking to partner with companies who can assist them. While innovation, quality and delivery management are often handled in-house, an outside partner can make up for an unfilled position and/or assist with increasing efficiencies.

As their machine manufacturing clients continue to grow, Sirois Tool has been able to help them keep up with the demand. They specialize in complex, precision parts, assemblies and prototypes for low volume and custom machine manufacturers. Assemblies are produced for small volume orders of 1 to 1,000 pieces.

To handle the growth in low volume precision CNC machining Sirois Tool recently purchased 3 new HAAS CNC machines. This purchase includes a 5-Axis machining center which allows them to manufacture more complex components. The addition of these machines enables Sirois Tool to better serve the demands of their customers.

In the last year, we have seen an up-tick in orders for tooling and gages for the bearings industry. This appears to be a trend that will continue to grow. According to an article on bearingtips.com from last year, the global bearing market is likely to reach nearly $85 billion by 2020.

One reason for this increase is that so many things are made using bearings. From consumer merchandise like roller blades and automobiles to farm equipment and wind turbines, bearings are in a wide variety of products. As the economy improves and consumer/corporate spending increase, so does the need for these products.

The article at bearingtips.com goes on to discuss some of the challenges the industry recently faced and future opportunities. In the midst of an economic downturn the industry was flooded with counterfeit product and faced with a soft automotive market which makes up about one quarter of all bearing sales internationally.

The future of the bearings industry will be a combination of industry-specific solutions and innovation including integrated mechatronic products. The bearing industry has come a long way from the caged-roller bearing that was invented in the mid-1740s.

Located in Aerospace Alley, we’re keenly aware of the need for “smart” bearings. Smart bearings provide greater energy efficiency and improved safety. Bsahome.com offers more detail on the subject. As the global aerospace market grows, so does the need for smart bearings.

The challenges for bearing manufacturers, like all other industries, are providing a quality product in a timely manner while consistently searching for a qualified workforce. That is why it’s critical to partner with key suppliers who can help.

The bearings industry was the first industry that Sirois Tool supplied Tooling and Gages for. They have been providing tooling, fixtures and gages to the industry for more than 50 years. Their tooling is invaluable to their customers for two reasons. The first is that Sirois Tool understands their equipment. Each time they need tooling for a new line of bearings they don’t have to start from scratch. Second is that having a reliable tooling, fixture and gage manufacturer allows them to concentrate on what they do best… make bearings.

In a Digital World, Good Old Fashioned Mechanical Know-How Still Has Its Place.

For many manufacturers today, the lack of skilled workers is at or near the top of the list of operations issues. And while many people point to automation as the culprit for lost jobs, it’s more complicated than that.

Yes, the low-paying, assembly-line jobs of the 20th century are largely a thing of the past. But with the emergence of advanced technology on the factory floor, the need for skilled workers has risen. After all, someone has to design, build, oversee, and service those automated systems.

Unfortunately, a failure to train workers over the last two decades has left many manufacturers under staffed in their production lines, which is why automation has become critical. The lack of qualified workers is a greater challenge to manufacturers who produce automation equipment. Their businesses have grown at a faster rate than they can hire for, which leaves them dependent on outside partners.

A recent engagement with a machine manufacturer illustrates the issues at play. The company was experiencing enormous growth but faced with a lack of qualified workers to hire to meet the demands of the business. Outsourcing was a potential solution, but the initial vendor couldn’t match the company’s in-house quality standards. The machine manufacturer was forced to take the work back in-house, which stalled its growth.

The company eventually connected with Sirois Tool. With our experienced tool makers, machinists and assemblers, we were able to create quality sub-assemblies in a timely manner. This helped the manufacturer ramp up production again and keep its pipeline flowing.

Sirois is a proven producer of low-volume, precision-machined parts, with assembly and sub-assembly services. We can be part of a complete supply program, including blanket orders, stocking agreements and just-in-time delivery.

Don’t let a workforce skills gap compromise your quality or limit your growth. Team with Sirois Tool to access the machine-parts and assemblies you need to build machines and keep your production lines humming. 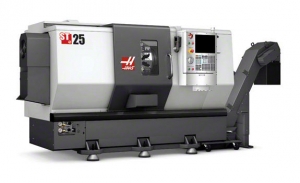 As industries such as aerospace and medical continue to grow at a rapid pace and all manufacturers are challenged to find and retain skilled employees, Sirois Tool understands it is critical to provide customers with solutions. As part of our ongoing commitment to upgrading to newer, more efficient, and more reliable equipment, we have made two capital investments in 2017.

In March, we installed a Haas DM-2 Mill at our Berlin, CT facility. The DM-2 is a compact, high-speed drill/mill center built with proven Haas components and sub-assemblies. Its high acceleration rates, fast axis speeds, and short tool-change times make the DM-2 a high-productivity machining center.

With the addition of these state-of-the-art Haas CNC machines, Sirois Tool has augmented its ability to provide customers with the highest quality tooling, gauges, and parts at a pace the market demands.

Contact Us at (860) 828-5327 for your Tooling, Gauge and Contract Manufacturing and Assembly needs.